In compliance with the measures taken by the French Government, the monument will be closed from October 30th and until further notice.

The archangel and the origins of the Abbey

In the early 8th century AD, on a wild, inhospitable rock, the cult of the Archangel Michael turned the site into an important place of pilgrimage and led to the development of the Abbey.

The cult of Saint Michael goes back to the 5th century AD. In Italy, the Monte Gargano is a site dedicated to St Michael recognised since the end of Antiquity, before the cult of the archangel extended to the whole of medieval Western Europe.

Michael was the leader of the heavenly body of angels. In the Bible, he plays a major role in the Book of Revelations, the last book of the New Testament. This text tells the story of Michael's fight against the demon, represented in the form of a dragon. Helped by his angels, Michael managed to restrain the beast, which he tossed into the abyss. 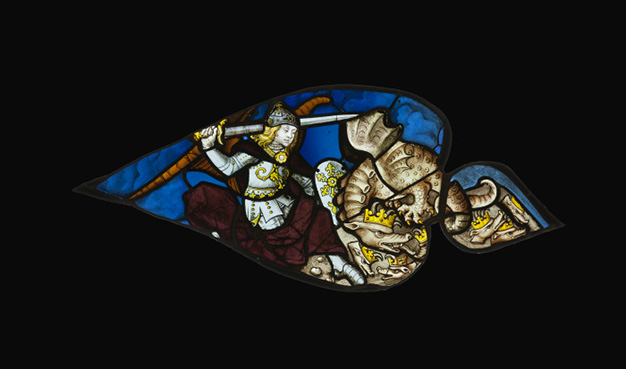 The archangel therefore symbolises the power of the forces of good against evil. The medieval iconography represents him brandishing a sword or spear, the defeated dragon at his feet. Michael is also a psychostasis and psychopomp angel, meaning he weighs the souls at the Last Judgment and takes them to Paradise.

According to the Revelatio ecclesiae sancti michaelis, the oldest text recording the origins of Mont-Saint-Michel, the first foundations of the Abbey were laid in the year 708. This date was chosen as that when Aubert, Bishop of Avranches, built the first sanctuary dedicated to the Archangel Michael on Mont-Tombe, now Mont-Saint-Michel. According to the legend, the archangel appeared to Aubert three times in a dream, asking him to establish a sanctuary in his name.

As tradition has it, on the third attempt, the archangel went as far as poking his finger into Aubert's skull to get him to perform his wishes. Aubert sent messengers to the Monte Gargano in Italy, to bring back the relics of the archangel to the Mont-Tombe. Once completed, the sanctuary was finally dedicated to Saint Michael on 16 October 709. 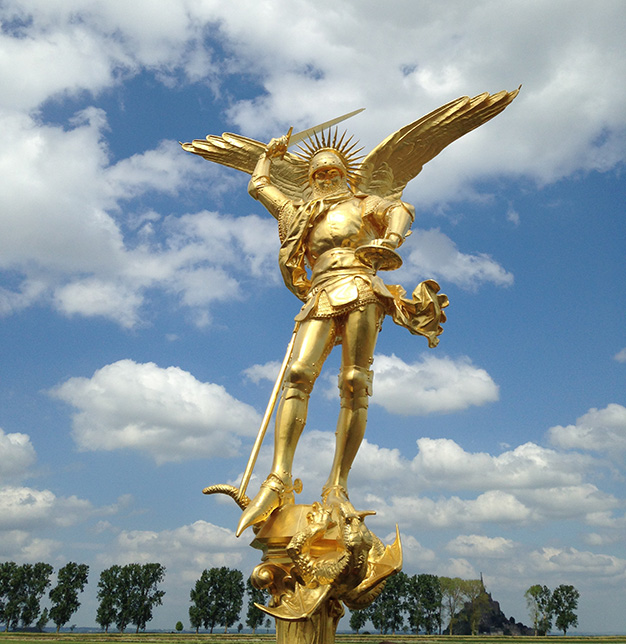 By the year 1000, the fame of Mont-Saint-Michel was continuing to grow. The original sanctuary was expanded by several new buildings in order to welcome the increasing number of pilgrims. The church of Notre-Dame-Sous-Terre, conserved under the nave of the current monument, was built at this time; it is now the oldest part that can be visited during a lecture tour. 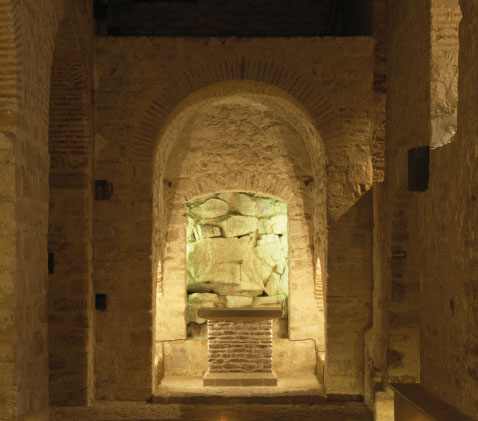 Following the creation of the Duchy of Normandy in 911, Mont-Saint-Michel Abbey became a location of strategic importance. In 966, the Duke of Normandy Richard I established a community of Benedictine monks there. They followed the Order of Saint Benedict, staying on the Mount for over eight hundred years, during which time the Abbey continued to develop.

The relics of the "head of Saint Aubert", his skull pierced by a hole, can still be seen in the treasury of the church of Saint-Gervais in Avranches.